Sign up to get {Re}defining Franny straight to your inbox. 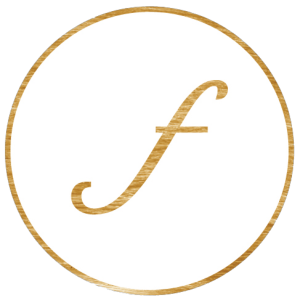 You give terrible advice…

A case to stop paying attention to the unreliable narrator in your brain.

If the devil showed up with a pitchfork and a red leather version of Michelle Pfeiffer’s cat woman outfit with horns for ears and told you that you suck and will never amount to anything- assuming it wasn’t Halloween and it’s not just your Haitian mom complaining about having to drive you to school-you’d likely ignore that thing. And get yourself checked out… The point being, if my inner critics came with a sign that said “hi I’ve come to destroy you” I’d have started this blog, discovered coaching,  and learned to love my body (to name a few) so much earlier. Except my inner critics don’t say absurd mean things to me, they disguise their advice as “practical” and I thought I was being wise by listening.

There’s this population of us who were raised by well-meaning parents who used guilt, shame and comparison to motivate us to be the best. And how were we the best? We went to the best schools, we got the best grades, we wore the best clothes, we had the best parties despite what we actually wanted for ourselves because of course, the measure of success was everyone else’s opinions. It was an unhealthy and unfulfilling race that I had grown up enough to know that I wasn’t actually competing externally. Worse, I had taken up the torch internally. Now I was asking myself: what people would think if I lived with my husband before we were married, where I could afford to live in an empty house that checked off my absurd must-have list, how it would sound to work at a Fortune 50 company, which diet was best to lose 25 lbs?

In coaching school I was introduced to the term “gremlin,” which I hated and thought was too esoteric and I vowed never to use it until I read in one of Brene Brown’s books that the term is a reference to the 1980s movie, Gremlins. I love me some pop movie references and now I’m obsessed with it. Gremlins in coaching are the inner critics (I call them twig bitches and picture teenage Groot mixed with the OG Tinkerbell who hated Wendy and played pranks on the mermaids), which are the voices in our heads that tell us we aren’t skinny/smart/successful enough. In the movie, when Gremlins are exposed to the light they melt and die and dissolve into a very convincing heap of smoke- gotta love old school special effects. In real life, the idea is that when we expose our inner critics through talking or journaling, the lies we are telling ourselves lose their power over us and we can move past them  … The thing is, what happens when you don’t recognize that there are Gremlins in your head?

The devil, inner critics, gremlins, twig bitches whatever you call the voices in your head that mess you up, are supposedly here to rob, kill and destroy you, which always felt overly dramatic to me. I felt like the devil was responsible for rape, murder, birth control (for those of us raised Catholic), you know, the really bad stuff. Nothing happening in my head was that awful, I refused to believe that masturbation and premarital sex was going to land me in hell and other than that, my thoughts were harmless. I didn’t realize the way those slippery little suckers work to destroy me.

Before I saw the critics in my head for the twig bitches they are, I thought the voice in my head that told me that I shouldn’t wear this bathing suit until at least 90 days of no sugar on top of marathon training was just a healthy reality check. I thought waiting 20 years to get more experience to start my own business was pragmatic advice. I thought planning for children I don’t have was responsible. But you know what telling yourself to go on a diet before putting on a bathing suit you were so excited to buy is? Mean. You know what telling yourself to wait to go after your dreams until you believe you’ll be worth it is? Heartbreaking. You know what buying a 3 bedroom house right after you got married in the suburbs is? Limiting. It took me a long time to realize how awful the advice I was giving myself was and to do anything about it. At first, I didn’t even consider my thoughts to be all that critical but you know what the results of that kind of practical, realistic self-talk are? A drawer full of beautiful, never-worn bathing suits, too much time at jobs I hated and thousands of wasted dollars on a house I lived in 1/3 of.

What practical advice are you giving yourself that’s causing you to live small? What have you convinced yourself to be a “realist” about and subsequently stifled your deepest desires? Call me, let’s beat those twig bitches together (Shameless plug alert)